A lot of people don’t consider that incremental progress as too spectacular. It seems like people are drawn to the idea of grand breakthroughs, drastic changes, irrespective of who caused them—the bigger, the better.

I started Ashtanga in March 2014. I intentionally didn’t gather too much information—the only two things I understood before my alarm went off that first morning were the idea of self-practice (everyone works at their own pace, according to their abilities), and that my new teacher was willing to teach me provided I was willing to commit to a regular practice at ungodly hours. So I arrived as a blank slate, and was going to accept whatever my new teacher would tell me to do. I could have easily despaired in the face of my new fellow yogis. My impression is that they glide seemingly effortlessly through postures, the names of which for the most, I still haven’t memorized. But I made a choice to try to not compare myself to anyone else, and told myself that observing others is wasting energy I should instead put into my own practice.

And so I’ve been practicing ever since, for a bit over a year and a half. For the lack of an external reference point, I don’t know what fast or slow progress is. All I know is that I am progressing; according to my own pace, depending on the honesty/regularity of my practice and acceptance of things beyond my control. My mantras are (currently; no specific order):

While the Mysore self-practice probably bears numerous realizations or changes that apply to the mind/body, so far I am especially thankful for the following, related two (applies on mental/physical levels; read as you like). First, the inward focus lets you realize that something you consider as one of your strengths may actually be hindering your progress. In my case I needed to learn to let go and soften, rather than to aim to achieve a goal through effort and force. The second is that through continued practice your awareness shifts, and that this in itself is a tool for further progression. For example I feel like I am increasingly aware of muscle tension. But this gives me the opportunity to learn how best to counteract it. What was once ‘this is just pure agony’ has turned into ‘let’s try to soften around the pain’.

Yesterday, during my home practice, I filmed myself doing a backbend. The video captured enough before it cut off due to having maxed out my phone’s storage capacity. Thanks to that I discovered folders I never knew existed (!!) that needed to be cleared out to make space. In doing so I found a video exactly one year and five months ago, of me practicing back bends—so about 3 months into my practice (left), which I could compare to yesterday’s attempt (right).

Again, I don’t know how to measure ‘asana-progress’, but to me just the fact that I felt like I could see a difference made me really happy. Although I know and feel that things have changed, it is hard to remember what it felt like before. And my throwback was a nice reminder of how difficult back bends were (‘but how do I not clench my butt cheeks!?’), and still are (‘I have to correct my knees and toes, and not let them turn outwards!’).

So while intellectually I appreciate the thrill of drastic, fast change, I think we should be careful and avoid applying such expectations to asana practice (at the least). We can’t expect to do drop backs whilst lacking the strength and flexibility required, which needs to be built steadily. The practice actually nicely reflects what characterizes progress in my opinion: acquisition of knowledge, which (applied repeatedly) promotes a deeper understanding, as well as an appreciation of the necessity to embrace change (because of new evidence, changed circumstances…). Growth through regular practice emerges from the uninterrupted loop between increased physical and mental flexibility/strength, and the acceptance that real progress is incremental. 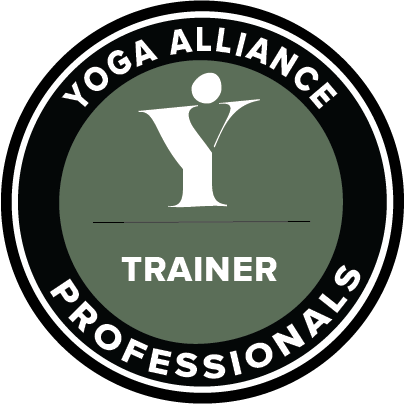